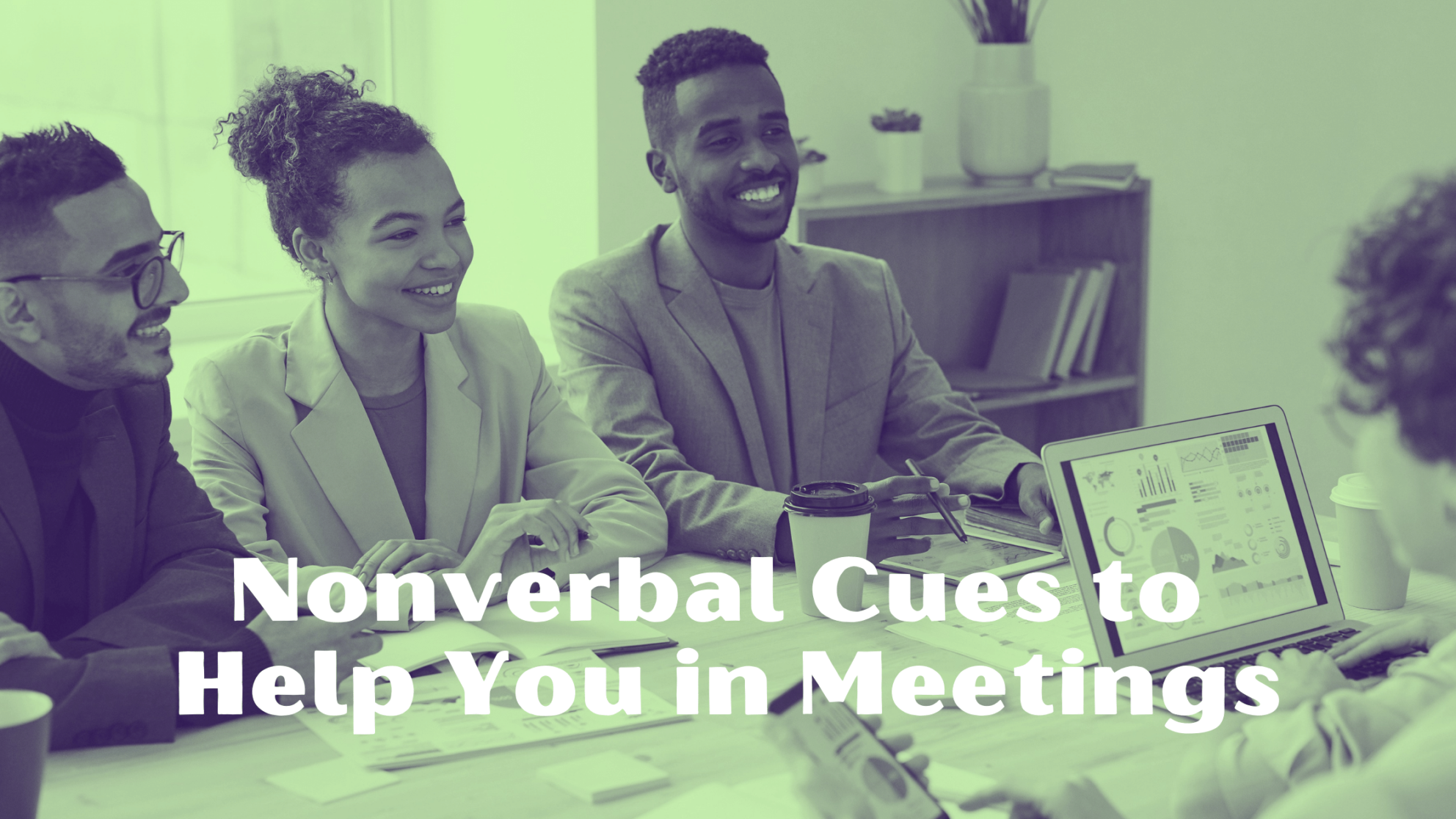 This past year saw many if not most company meetings transition to online spaces. Once restrictions are lifted and we return to normality, many of us will likely continue meeting virtually at least as often as we do in person. While virtual meeting spaces may pose some difficulties for those with hearing loss, they also offer the opportunity to include features like closed captioning, or to increase the volume of the device with which you’re participating.

However, even with these technological advantages, important body language and speech cues can get lost over an internet connection. Let’s take a look at some of the problems posed by teleconferencing and what you can do to set the stage for effective communication!

People with hearing loss tend to be more versed in interpreting what is called “backchannel” than those with normal hearing. For example, in English, we say things like “uh-huh” and “mm-hmm” as another person is speaking. These and other small cues are what is known as backchannel, and they let the other person know that we’re listening and understanding them in real time.

While backchannel verbalizations are interruptive enough that people with normal hearing tend to limit them, assuming that we understand each other, those with hearing issues rely on visual backchannel like eyebrow movements and blinks to provide this crucial feedback. Eyebrow movements are even a part of sign languages, indicating that a phrase is meant as a question. More frequent backchannel allows an easier and faster flow of communication, but it is more difficult to notice in video on your computer screen.

As meetings grow in size, keeping eyes on multiple compartments of a screen becomes more and more difficult. This makes it even more important to adhere to protocols like talking in turn and asking questions by typing them to a moderator. For smaller groups, the meeting can often more closely resemble a traditional meeting around a table, though a few problems can still arise.

Just a few ways you can increase the frequency of backchannel and make your virtual meetings flow more easily include:

Nodding can effectively communicate that people are following what you’re saying. Take a look to make sure people are doing this. It might be a good idea to ask people explicitly to nod along with whoever is speaking. It doesn’t signify agreement, but says, “I hear what you’re saying; it’s okay to keep talking.”

Normally in a meeting, we automatically notice when someone is getting anxious to speak. They will push their body forward in their chair or sit up straighter, holding their head higher. This doesn’t come across as clearly in a virtual meeting, where two-dimensionality limits the cues available to us.

It’s best to deal with this issue by putting guidelines in place before the meeting. For example, a speaker might be instructed to pause for a few seconds at the end of each of their points to give others an opportunity to interject with questions or feedback. Another option would be to have other participants type messages without interrupting the speaker, who can then address the messages they receive when they’re ready. Different groups might prefer different styles, so it’s just a matter of working it out between yourselves.

Interruption is not a recommended communication style in meetings, though we all know it happens. It is possible that the use of video conferencing technology will change the way interruption is viewed in normal-hearing groups, though that remains to be seen.

Many studies have shown that women tend to be interrupted more often than men, pointing to the fact that interruption is viewed as a problem in the hearing community. It is possible that guidelines put in place in order to facilitate a smoother flow of conversation more generally will also have an effect on correcting this gender inequity.

For those who are hard of hearing, hearing aids are an important way to improve their experience of meetings, virtual or in-person. Increasing backchannel is great, but it works best when you can already hear what’s being said! In most cases, hearing aids used in conjunction with better communication strategies can excel hearing ability to near-normal.

Maintaining your hearing health is an important part of taking good care of your general health. If you’re having hearing issues, make an appointment for a hearing test today and see what hearing aids can do for you!

At the Hearing Health Center of Houston, our Doctors of Audiology are here to help. Contact us today to schedule an appointment for a consultation.